Gongga monastery is the sealed shrine of the Kagyu sect’s succession living Buddha, who is known as Tulku Rinpoche. The reincarnation was formally started here by the Kagyu sect. From this origin, systems of reincarnation—including the Dalai Lama and the Panchen Lama–were adopted by all major sects of Tibetan religion.This monastery was damaged during the Cultural Revolution in 1960’s of 20th century. It has been rebuilt by local villagers since the late 1990’s of 20th century. Nowadays, this small Kagyu tradition monastery is getting famous for its wonderful location for those, whom make this fairly tough trek in Mt Gongga. This monastery is also a base for those whom plan to start a mountain climbing to the peak of Mt Gongga.

On the east slop of Mt Gongga (Minya Gangkar)

Gongga monastery is still isolated from outer world, and it is not reach by any vehicle, except motorcycle and tractor. In general, there are two routes that leads to this site

From north: A 4-5 days trek starting from Kangding leads to Gongga monasteryEn route walk over one 5,000 meters passThe total walking distance could be 45 kilometers

Depart from Kangding, get to Gonggashan county, then switch to local 4WD vehicle to arrive Upper Tsemi village, from which a 2 hours walking ascending to Gongga monastery Danba watchtower is an ancient defense construction, which can mostly be found found in villages of Supo, Zhonglu and Jiaju in Danba county
Learn More 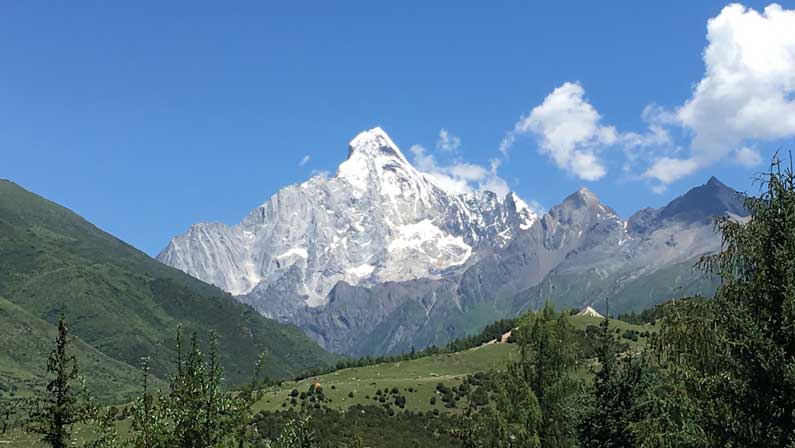 Mt Siguniang is also Mt. Four sisters, which according to the legend that these four peaks were originally four beautiful sisters of the mountain god.
Learn More